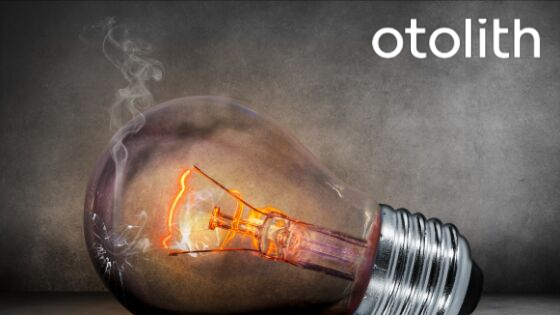 Anybody Can Do HR.

I once heard a VP say that he had done almost everything in the company, apart from HR. And he added “But anyone can do HR”

A couple of months later he became VP HR. He had become anyone.

This is an example of how HR is often used as a career cemetery for people who are in need of a final challenge. HR is then like the Gulag of the company.

And many people look at HR and seem to know what to do.

Well, to be honest, I am fed up with that.

No, I’m not frustrated. The human dimension is the single most important one in the organization. Strategies succeed because of people. And they fail, because of people. So, HR should have a ball, especially in these digital times. So, when HR people feel the need to defend themselves, they might unwillingly reinforce the criticism that is often heard.

Everybody has an opinion

HR seems to be that profession that everyone has an opinion about. And a lot of times that opinion is not positive. HR should do this more and that less. HR should become more like marketing. HR should embrace digital, agile, mindfulness, design thinking, …

The second reason is that everybody wants something from HR. Or they think that they can get something through HR. Very often HR people have allowed them to be pushed in the corner of servitude, instead of playing the strategic card and being clear about what HR is and what it’s not. And of course, the other leaders need to endorse the clear positioning of HR. If they use HR as their garbage can, if they blame HR for the policies they have co-decided, it becomes very cumbersome. So, let’s be very clear and consistent about our mission in the organization.

The third reason is that many people do not understand the essence of the HR profession. They assume that it’s easy. They assume it’s pushing programs into the organization. The mistake that HR has made is that it has reduced itself often to programs, procedures, and systems. But HR is not about installing Workday, or about pushing people to do the freaking performance review. HR is about making sure that people are willing and able to perform sustainably. It’s about designing a context that does that. So, let’s be very careful when we are asked to launch yet another program.

And the fourth reason, is that leaders seem to think that people are way too important to leave it up to HR. Well, HR does not want the monopoly. So, let’s make sure that HR is not seen as a function, but as a strategic process that involves many stakeholders.

So many people who get into HR later in their career, often do this with the idea to do better. They bring in the business acumen that an HR leader often seem to lack. They intend to change the HR function in a matter of weeks or months.

But then reality kicks in. It’s not that simple after all.

There are laws to begin with. And to make things worse, there are internal rules and policies. But most importantly HR is about people. People do what they do. They have many expectations. And they have rights. If only we could do without people, … .

Here’s the thing. We should not try and become the other profession. HR is the expert on human behavior. We make sure that strategies succeed because we can describe, explain and sometimes predict behavior. We can make strategies better by integrating what we know about the people and teams within the organization and combine that with what we know about human behavior in general. And if another profession can provide us with insights, tools and approaches that are useful for the HR profession, we would be stupid not to embrace that enrichment.

And here’s a big “but”. We must remain vigilant that we do not take anything. As I said in other blogs, HR sometimes falls in love with what other professions are doing. But there’s no need. We need to avoid complacency, but that’s not possible if we lack a professional identity. So, before HR can look at the other professions, HR-professionals need to learn the profession as it is.

So, I plead for thorough education for HR professionals so that they can learn the basic skills, learn to be critical and ask the right questions when yet another vendor barges in with the solution that resembles the holy grail. You might think I am kicking in open doors. But in Europe there is no tradition of accreditation, apart from what the CIPD is offering in the UK. In my home country Belgium, anybody (here we are again) can do HR.

So, there’s a lot of work. Having a qualification for HR people is looked upon as heavy and bureaucratic in many countries. I see it as an opportunity to build a stronger profession, both in image as in skills. HR should be able to review all the opportunities that other fields of expertise have to offer, but let’s focus on our essence. And that is human behavior.

Not anybody can do HR.