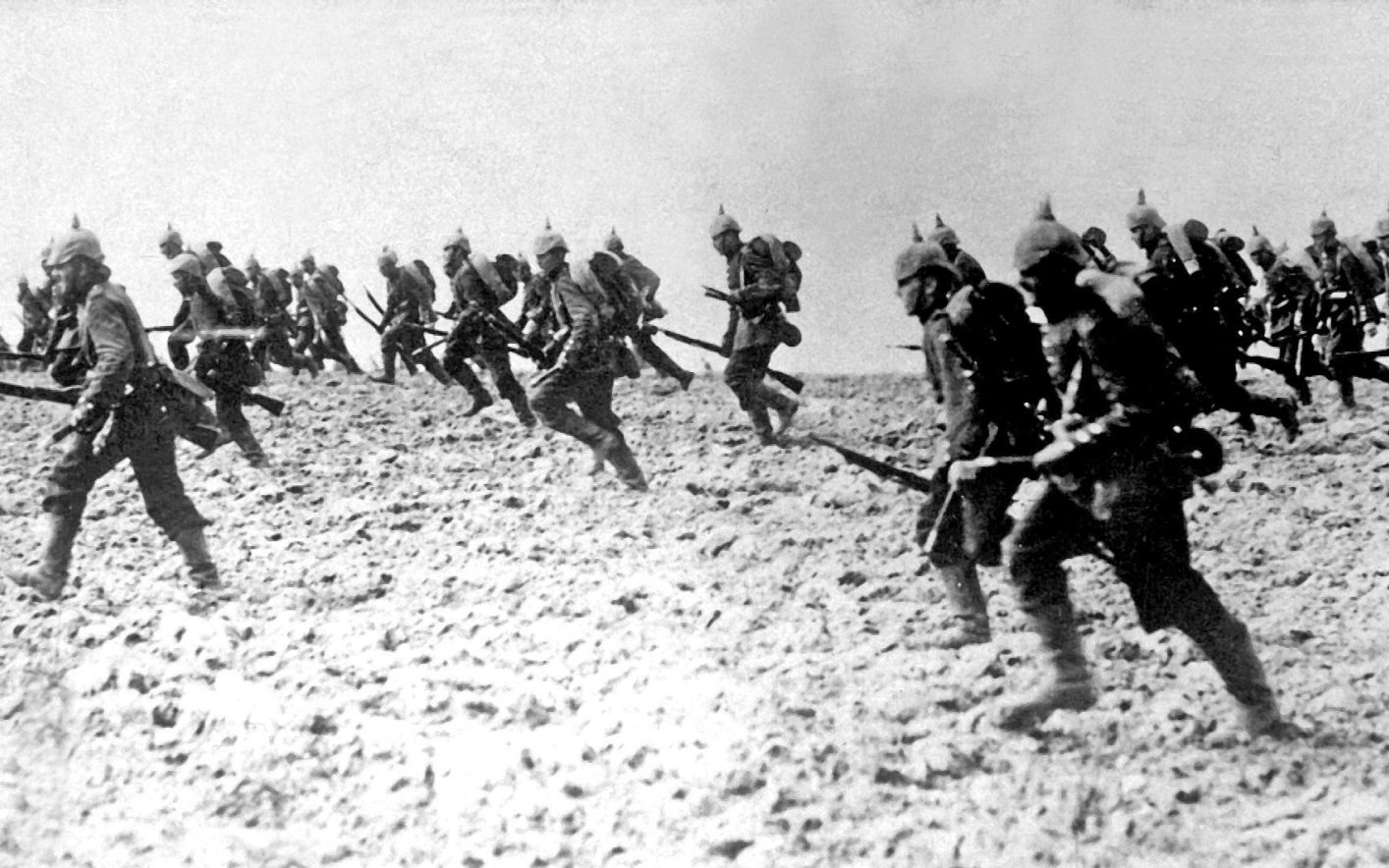 Why did Soldiers Fight in World War I?

Today 100 years ago, the first world war ended. A conflict with hundreds of thousands of casualties. The Great War, as it was known before there was a second conflict, still fascinates us. Apart from all the historical analyses I have a question about motivation. Why did soldiers fight during World War 1? What was their motivation to leave the trenches across the front and be maimed and slaughtered?

I just cannot fathom this.

The Belgians and the French were overrun by the Teutonic Forces, so you could understand their motivation. But the British were as a people not involved. They were involved as a nation through the alliance with Russia, but that was an abstract notion to a young man who enlisted in 1914 to go and fight against the enemy. What made them bring that ultimate sacrifice?

If you read war poems – I can only recommend this – there’s a shift in tonality. At first, war poems almost glorified the sacrifice people made. But after a while, when the horror became apparent, the glorification made way for cynicism. Nevertheless, many poetry kept the ideology of the meaningful sacrifice.

One of the most famous poems of that time is In Flanders Fields by John McCrae. But if you want to grasp an image of the carnage you’d better read Wildred Owen’s poem Dulce et Decorum est.

The title of that poem sounds patriotic. It is a Latin Phrase taken from Horace. But if you read the poem you can only feel dismay. The poem describes a gas attack and concludes with an accusation. Saying that it is sweet and decorous to die for your country is a lie.

Nevertheless, it’s with that kind of language that governments lured young men into combat. KIng’s college historian Patrick Porter argues that this kind of language remained important throughout the war. And even though soldiers found themselves in dire situations, they used the idea of sacrifice to convince themselves there was a purpose in all the suffering.

The word purpose is important. To make the ultimate sacrifice must have a purpose. Dying in vain is not something that motivates. Wars are often about defending something more than an interest. They are often about defending values, a way of life. Fighting the German forces on the battle fields was often seen as a cultural war against the barbarians who burnt down the Library of Leuven, sank the Lusitiana, … The enemy was depicted as the devil. And so it became meaningful to fight that devil.

Language such as Fatherland, Dying for King and country, Kultur were used on both sides of the front. And lionisation of individuals dying for their country was a common practice. And very often the events were put in a historical perspective, referencing long traditions, or past events (the Napoleontic wars, the battle of Sedan, …).

This kind of rhetoric is inherent in all conflicts. Today, there is less use of chivalry as it’s more about defending interests, including cultural interests. Why did the US fight in Korea, Vietnam, Afghanistan, Iraq? Often the factual reasons were very light (there were no weapons of mass destruction in Iraq). Why do terrorists blow themselves to pieces? It’s about purpose.

The fact that the Britain belonged to the winning side, made the death toll with hindsight meaningful. The German casualties were not. The meaningless deaths of so many people led to the belief that something should be done, that vengeance was needed. That was one element of the rhetoric of Adolf Hitler, who used the unjust failure of the Great War as reason for the German Reich to rearm and become great again.

We are living dangerous times. Strong leaders are using once again rhetoric that echoes the language of a century ago. But let’s see through the mechanisms of war rhetoric and how that rhetoric can build motivation for combat.The psychology of purpose and belonging is used by many politicians to create a purpose for sacrifice sending people into their death. But the same kind of rhetoric could be used to do the opposite: to build connections, foster cooperation and keep the peace.

And I hope that the fragile cooperation that has been built in the past century through institutions like the European Union, the United Nations etc. can overcome the apparent tendency of populism and nationalism.

So let’s not forget the carnage that war is.