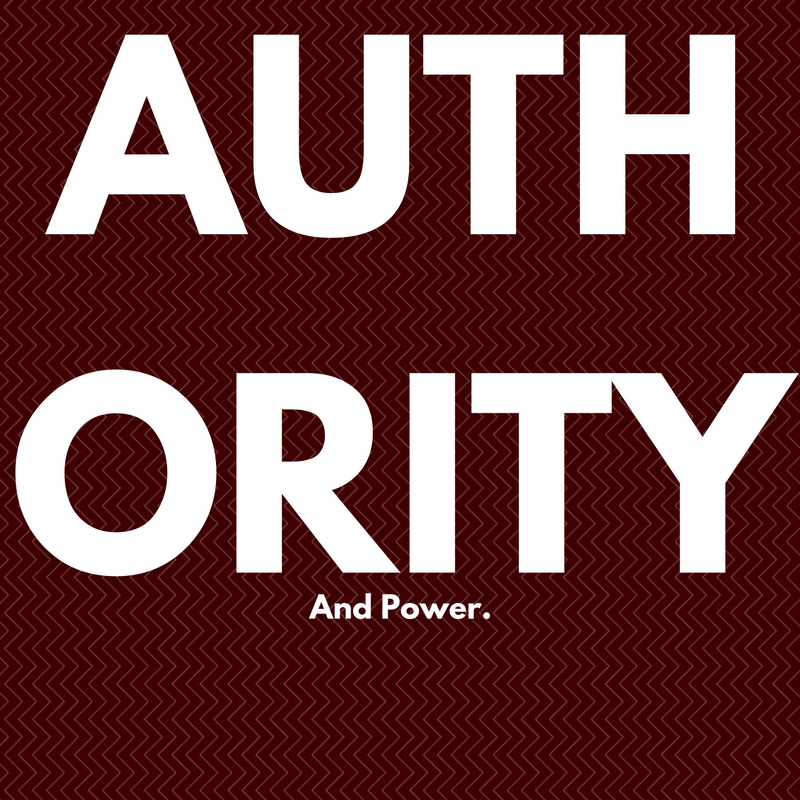 Authority – What I saw in Pahrump …

This blog is about Authority and Power.

A visit to Pahrump

Last month I passed through Pahrump, a place in Nevada. I was travelling from Death Valley to Las Vegas with a party of 8. We stopped in Pahrump to have a quick bite. We stopped at the Walmart and bought our picnic. When walking through the Walmart the friend I was travelling with overheard a father talking to his young son about hollow-points. I know nothing about guns, but hollow-points are bullets. This is the definition on wikipedia:
Hollow points are designed to increase in diameter once within the target, thus maximizing tissue damage and blood loss or shock, and to remain inside the target, thereby transferring all the kinetic energy to the target (whereas some fraction would stay in the bullet if it passed through instead). Both of these goals are meant to maximize stopping power.
These are nasty bullets, as nasty as bullets can get. Why did that man talk about this to a kid who still had to learn how to read and write? Then we saw the man’s hand resting on a holster that contained a gun. This man was armed and was walking in Walmart. I must admit that this is the first time I saw this. Of course I have seen armed men and women before. But they were police-(wo)men or military, not civilians. And yes, I have never been to a warzone and witnessed armed combat. Fortunately. But Pahrump is not a warzone, I can assure you.
So when I saw the man, I was thinking about Authority. But also about trust. Is this man to be trusted? What would happen if the store got robbed or hit by a madman. Who would he protect? Would he be able to defend the other people in the store? Or what would happen when this man got into an argument, a fight, …. ? Would he control himself and not draw his gun? What would happen when I looked at him in a way that did not suit him? Would the fact of bearing a (loaded) gun, give him a superior feeling? Was this man trained to control his urges? Had he been screened on psychological stability?
The second amendment regulates the right to bear arms in the US. And although Europeans think this right is absolute in the US, the debate about how to interprete that article is not finished. Bearing arms in public is not uncontroversial and doing it is at least a statement. But this is not a blog about legal debates in another country. This blog is about authority.

Hannah Ahrendt has written about Authority in the twentieth century back in 1956. Her work inspired Paul Verhaeghe to publish a work on authority. Authority is in decline. Authority is something that is attributed to others or to an institution. This is in contrast to power, which is linked to a person. You have or take power, you receive authority. The rise of power is the result of the decline of authority. I believe that the men in Pahrump felt powerful because of their arms.
We live in times where individualism is on the rise. We do not like authority. We have become anti-authoritarian. Ahrendt has written her paper to explain the difference between authoritarian and dictatorial regimes. In the post-war period she was dealing with issues like the banality of evil, the mechanisms of power. As a Jewish philosopher she was intrigued by what made the totalitarian regimes in Germany, Italy, Japan possible.
Authority is legitimite. Somewhere one gets authority because of some higher force. Authority is instilled in culture. In the past the authority of parents, teachers, judges, priests was much higher than today. That’s because we have come to believe that authority would be a bad thing. The people bearing arms in Pahrump might believe that the government, the policeforce or the institutions have no authority. They might believe that since they do not have authority (or credibility) one needs to replace that authority by gun power.
Verhaeghe says that power always ends up in some kind of violence. And it does. Because to maintain power you need to exert it. You can do that explicitly and implicitly. And the use of force or violence is the only way to do that. We see that in states where a dictotarial regime uses violence to maintain power. Stalin, Hitler, … All dictators have used violence to exert power. We have seen that happening in the past. We see it happening in the present.
Sustainable Leadership
But power is not sustainable as a source of leadership. Authority is. In my book on sustainable leadership I do not talk about authority as such. I talk about how character should be the basis of leadership. Only then leadership is sustainable. Only then people will grant you your leadership role. You could say that only then you base your leadership on authority and not on power. We all know that power is not sustainable as basis of leadership. Power is addictive. Power corrupts. Power poisons character. And power leads to some kind of violence because exerting power leads to inequality. In Pahrump I was among the powerless. I did not have a gun. They did. That was a kind of violence.
But bearing a gun is ultimate an act of weakness and of failure. It’s based on fear, lack of belief, distrust. And it ultimately leads to violence. The idolatry of guns can tempt people who have led insignificant lives to become famous in death. Many schools in the US have been hit by people who wanted to make a statement, using the power of the gun. It’s the ultimate violence. Terrorists use the power of fear through violence to get a message across. Trigger-happy policemen use guns to exert power to compensate the lack of authority. Teachers without authority use demeaning punishments to get through the day. Managers without authority, resort to disproportional control mechanisms ranging from surveillance (the number of cameras is booming) or hiring controllable people. Submission is an act of violence.
When leaving Pahrump I saw billboards about guns, gun shows and a gun shop. It made me sad.